TORONTO, ON February 9, 2018 – Our friend, and Board Member representing Ontario since 2014, Tanya Granic Allen is seeking the leadership of the Ontario PC party. 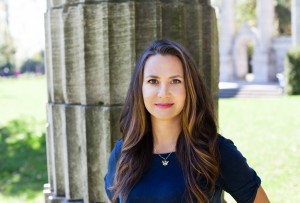 Her announcement can be found by clicking here.

Tanya has the support of tens of thousands of Ontario parents who know her passion on the Sex Ed issue, particularly through her work with Parents as First Educators (PAFE).

But she has so much more to offer on other social policy issues such as the oppressive bubble zone legislation (Bill 163), the absence of robust conscience rights for Ontario doctors and health care workers (Bill 84), and other recent initiatives of the Ontario government now enacted into law.

Tanya will be a voice to question the profligate spending of the Ontario provincial government, now the most indebted sub-federal jurisdiction in the world, with over $312 billion in debt, or over $22,000 per individual.

And she brings the real life concerns as a wife and mother of 4 children.

Tanya’s candidacy presents an opportunity to advance important concerns into this leadership race.

Tanya will provide real energy and policy ideas to what has been a lacklustre engagement by the current slate of candidates.  As a result, Tanya will be taking a hiatus from her CCRL duties, with our blessing.

We look forward to Tanya’s efforts.  In fact, Tanya’s candidacy will challenge the prevailing media mindset about the views of typical Ontarians, who have been subjected to incremental limitations on our cherished freedoms.

We are hopeful that a fair treatment of her candidacy will bring serious attention to matters of grave consequence to this province, and to Canada.