The evening will include a talk by Charles Lewis, anti-euthanasia activist and former religion reporter at the National Post.

The 2015 Archbishop Adam Exner Award for Catholic Excellence in Public Life will be presented to Dr. Donald DeMarco. 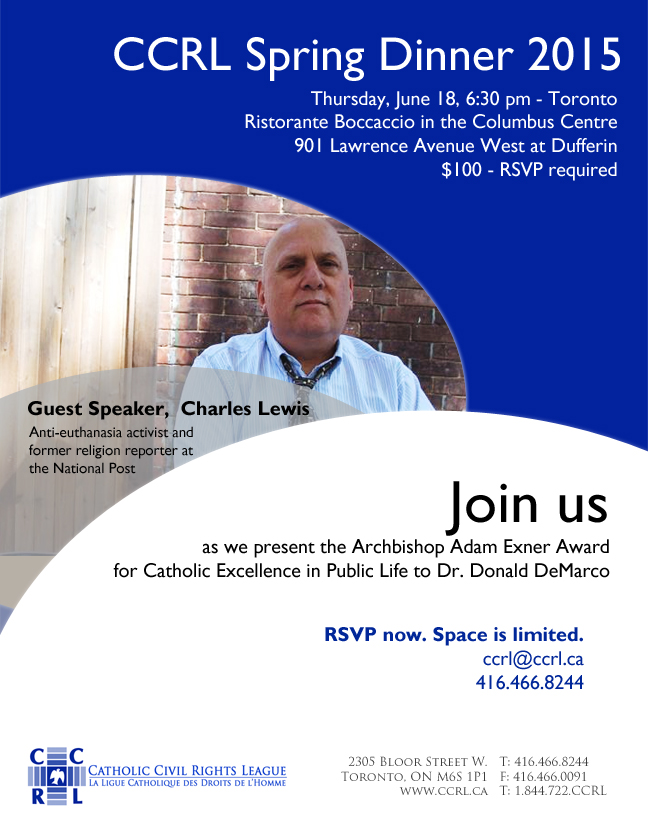