OTTAWA, ON September 20, 2012 – The Catholic Civil Rights League is pleased to announce that Jean Morse-Chevrier, Quebec director of the League for over 10 years, has been awarded the Queen’s Diamond Jubilee Medal in recognition of her contributions to education  and advocacy for family and religious rights.

Mrs. Morse-Chevrier, an educational psychologist, has been executive director of REAL Women of Canada and chairperson of the Association of Catholic Parents of Quebec in addition to extensive volunteer work in support of family and religious freedom with the League, the Coalition for Freedom in Education and the Coalition for Christian Parental Rights in Education (RCDPE). She has also volunteered over the years  with Montreal Pro-Life, Accueil Grossesse, Vivere, Mouvement pour le respect de la vie, Action Life, Objectif Survie Quebec,  Campaign Life and Campaign Life Coalition. 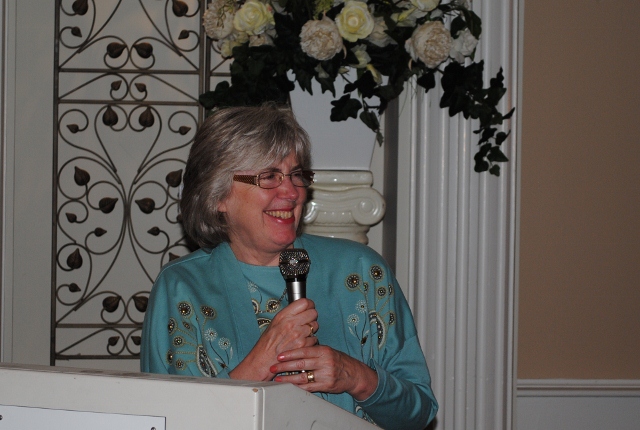 “I am grateful to all these organizations for allowing me to defend life, family, education rights and religious freedom with the support of so many dedicated people,” said Mrs. Morse-Chevrier. “All those with whom I have worked share the honour that I receive today.”

The Queen’s Diamond Jubilee Medal was created to mark this year’s celebrations of the 60th anniversary of Her Majesty Queen Elizabeth II’s accession to the Throne as Queen of Canada. It serves to honour significant contributions and achievements by Canadians. Mrs. Morse-Chevrier was nominated by Real Women of Canada.

Catholic Civil Rights League (www.ccrl.ca) assists in creating conditions within which Catholic teachings can be better understood, cooperates with other organizations in defending civil rights in Canada, and opposes defamation and discrimination against Catholics on the basis of their beliefs. CCRL was founded in 1985 as an independent lay organization and has chapters across Canada. The Catholic Civil Rights League is a Canadian non-profit organization entirely supported by the generosity of its members.