Toronto, ON October 29, 2019 – The Catholic Civil Rights League (CCRL) is pleased to announce that its 2019 Dinner will take place in Toronto on November 25 at 6:30 pm at the Sala Caboto Ballroom at 40 Playfair Ave, west of Dufferin, south of Lawrence. Tickets are $125 each for individuals. We are offering a special rate of $1000 for a table of 10. We encourage organizations, or even groups of friends to save money and help the CCRL by organizing a table. With either option an RSVP is required by calling (416) 466-8244 or 1-844-722-CCRL or by emailing ccrl@ccrl.ca.

The evening will include a talk by journalist and author Deborah Gyapong. 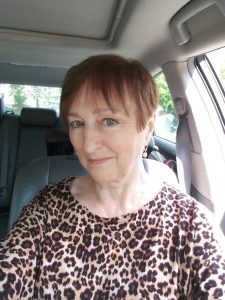 Deborah Gyapong is a recently retired journalist and author based in Ottawa who has written primarily for Catholic newspapers and media in Canada for the past 15 years.  Deborah covered national affairs and political engagements from Ottawa, especially as they involved faith perspectives.  During this period, she has observed Canada redefine marriage, legalize euthanasia, and implement a pro-abortion values test for charities wishing to participate in the Canada Summer Jobs program. She has written extensively on these and many other issues for the Catholic Register and the Catholic News Service.

Before working for Catholic media, Deborah spent 17 years at the Canadian Broadcasting Corporation, including 12 years as a television producer in news and current affairs. In 2005, her suspense novel The Defilers won the Best New Canadian Christian Author Award sponsored by The Word Guild. Castle Quay Books published The Defilers in 2006.

Deborah is the mother of two sons and grandmother to one grandson and three granddaughters.  She is president of the Anglicanorum Coetibus Society, a lay-run initiative promoting Anglican tradition and common identity within the Catholic Church for the purposes of evangelization, deeper conversion and the glory of God.

Married to Tony, she is a member of Annunciation of the Blessed Virgin Mary parish of the Personal Ordinariate of the Chair of St. Peter.

One of the final pieces she wrote before retiring from her duties at the Catholic Register pertains to the constitutional challenge in which the League is involved regard ing the controversial abortion clinic bubble zone law under which Fr. Tony Van Hee was charged.

The 2019 Archbishop Adam Exner Award for Catholic Excellence in Public Life will be presented to Fr. Tony Van Hee at the 2019 CCRL Dinner.

We encourage our supporters and friends to attend the 2019 Dinner to support our work and to meet Deborah and Fr. Tony.