Ottawa, ON October 28, 2022  – The CCRL is pleased to advise that charges against Jesuit Fr. Anthony Van Hee for purportedly breaching the “bubble zone” outside of the Morgentaler Clinic in downtown Ottawa were dropped today by the Ontario Crown, in the Ontario Court of Justice.

Today, over four years from the original charges, Crown Attorney Meaghan Cunningham advised that the Crown would not proceed with its prosecution of 87-year-old Jesuit priest, Father Anthony Van Hee.

“I am obviously pleased with the Crown’s acknowledgment that its prosecution was not in the public interest.  It has been my position from the start that this legislation is unacceptable, and that it should not be used to stifle free speech, especially on such important matters”, Fr. Van Hee said in response to the Crown’s withdrawal.

Fr. Van Hee is a previous winner (2019) of the Archbishop Adam Exner Award for recognition of Catholic witness in public life.

League supporters will be aware that Philip Horgan has been acting on behalf of Fr. Van Hee and the CCRL in the constitutional challenge to the Safe Access to Abortion Services Act, which is ongoing, and will soon be argued in Ontario Superior Court.

Phil Horgan added:  “Today is a first victory in what we hope will be a vindication for Fr. Van Hee, and for believers in free speech and expression, especially when it comes to expressing dissent on matters in the public interest.”

On October 24, 2018, Fr. Van Hee was arrested and charged under the then recently enacted Safe Access to Abortion Services Act. His offence: standing silently outside Ottawa’s Morgentaler Clinic, with signs that read “The Primacy of Free Speech: Cornerstone of Western Civilization” and “Without Free Speech The State is A Corpse”, within the 50-metre “bubble zone” created by the Act.

In response to the charges, Fr. Van Hee, along with the Catholic Civil Rights League (CCRL), launched a constitutional challenge to strike down sections of the Act itself on the basis that it unjustifiably violated the Charter of Rights’ right to freedom of expression. That constitutional application will continue to a hearing.

Defence lawyer Monick Grenier stated on the record when the charges were withdrawn that the defence disagrees that there was a “reasonable prospect of conviction” of Father Van Hee.  Following the appearance, she commented “the Crown indicated that the pursuit of the prosecution was not in the public interest after so many years, but Fr. Anthony asserts that the law itself was an overreach of the public interest.  It is about time that the charges were dropped.” She was further obliged to correct the Crown’s reference to Fr. Van Hee from “Mr.” Van Hee in today’s proceeding.

While the charges against Fr. Van Hee have been withdrawn, the Act continues to infringe the Charter-protected rights of all pro-lifers to express themselves through peaceful, prayerful witness.  Philip Horgan, Fr. Anthony’s counsel on the constitutional challenge, advised, “These charges, based on the free speech signs on which Fr. Anthony was charged, continue to form the factual matrix of our constitutional challenge, which will be argued soon.  That process has been delayed by covid issues and the need to examine 14 witnesses produced by the Ontario Crown in support of its legislation.”

Co-counsel Albertos Polizogopoulos added, “There have been two individuals charged under this legislation since the Act was made into law by the previous Wynne Liberal government in 2017.  The first charges did not proceed owing to the passing of the accused before the case could reach trial.  The next set of charges were against Fr. Anthony.  The legislation itself appears to have been an overreach to serve the interests of abortion providers by silencing dissent”.

Fr. Van Hee added, “It has been a long time for this first victory, but I owe that victory to God, and His intervention on my behalf, and on behalf of victims of the abortion industry.  We will now move on to the next round, where God willing, we will also see justice”.

Further information can be obtained from:

Supporters can assist with his legal defence by donating to the Catholic Civil Rights League and inserting Fr. Tony Van Hee Defence Fund in the donation details field. Alternatively, it can be indicated on a cheque or mentioned while in the process of making an over the phone donation. 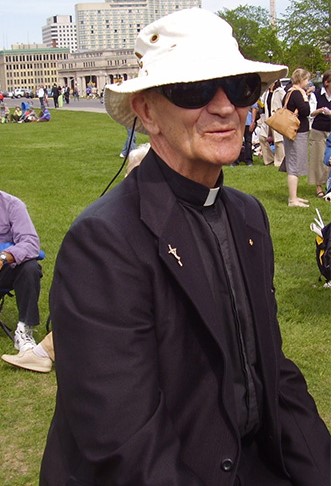 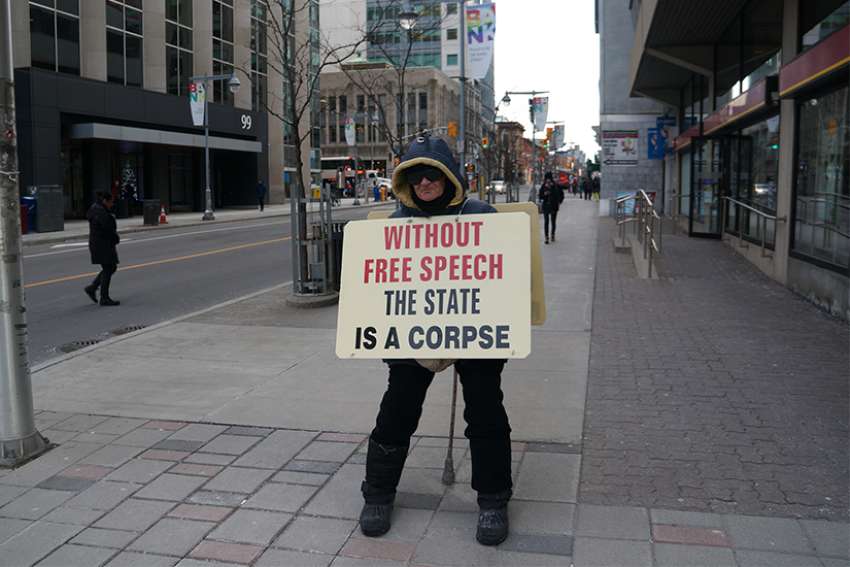