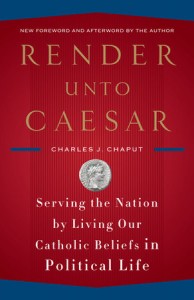 As Catholics we have books galore to help us answer important questions and aide us in our faith journey: The Catechism of the Catholic Church, the Bible, prayer books and lives of the saints, are just a few of what is out there. We also have great authors who can lead us along the Catholic Way — from the masterful faith-infused fiction of Flannery O’Connor to the masterful Life of Christ by the late Fulton Sheen to almost anything by Pope Benedict XVI and, of course such spiritual guides as Thomas à Kempis’ Imitation of Christ, Francis De Sales’ The Devout Life and St. Teresa of Avila’s The Interior Castle.

As a convert to the faith I realized early on there is a lot to know — far more than could ever be taught in an adult catechism class. And given my penchant to leave no question unanswered — 36 years as a journalist will do that — I am thrilled that I can spend the rest of my life reading and contemplating the great mystery of our blessed faith.

But for anyone who wants to be a Catholic activist the choice of books is slim. Yet, overall numbers in this case are not important thanks to the existence of one particular work by Archbishop Charles Chaput of Philadelphia. For anyone who wants to understand our weakened position today in Western society, and then how to gain back the status we have lost, you must read Chaput’s Render Unto Caesar.

Render Unto Caesar is devoid of theological language, obscure references to Church documents or sociological insights perfect for academics but not for those of us who do not live in ivory towers.

Before going further you should know that Chaput not only writes about pushing back but also has been know to threaten tough action when secularists go too far.
When he was in charge of the Roman Catholic Archdiocese of Denver the state legislature was close to passing a bill that would have made it illegal to discriminate based on religion when hiring. Sounds innocent enough. But it also demanded the policy be adopted by religious institutions. Chaput said that would mean Catholic groups would have to consider non-Catholics for senior positions in their charitable organizations. As if it needs to be said but Catholic charities should have the right to hire coreligionists to ensure a group keeps a Catholic character.

Never mind common sense. The legislature had its agenda and would see it through… that is until the Archbishop threatened to close all Catholic charities in Denver. The le 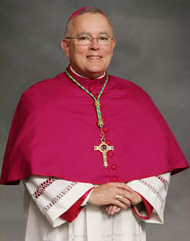 gislature backed off when they realized the disaster such a withdrawal would mean for social services.

Render Unto Caesar was written to address the silencing of the Catholic voice in the United States but every word applies to Canada.

“Like many pastors, I deal with the human problems that drive public policy every day: homelessness, poverty, abortion, immigration and a dozen other issues. No one addresses these problems more directly or effectively than the Catholic Church,” Chaput wrote.

“Over the past decade I’ve grown increasingly tired of the church and her people being told to be quiet on public issues that urgently concern us. Worse, Catholics themselves too often stay silent out of a misguided sense of good manners. Even those of us who are bishops can sometimes seem more concerned with discretion and diplomacy than speaking plainly and acting clearly.”

Only those Canadian Catholics who have lived under a rock for the past 20 years would not find this scenario familiar.
Then Chaput adds something that should be emblazoned on every concerned Catholic’s brain — from the loftiest bishop to the to the common people in the pews:

“Do not misunderstand me. Discretions and diplomacy are essential skills — but not if they lead to a habit of self-censorship. Self-censorship is an even bigger mistake than allowing ourselves to be lectured by people with little sympathy for our beliefs.”

He reminds us that our baptisms were a call to witness, a word derived from the Greek word martyr, which isn’t “limited to a bloody death in the arena for the faith.”

“All Christians have the command to be a martyr in the public arena — to live a life of conscious witness wherever God places them, no matter how insignificant it seems and whether or not they ever see the results.”

I am no Chaput. But I can’t count how many times I told those who thought fighting against euthanasia was a waste of time that the real issue was not winning but standing up for the truth.

Chaput also drives home the important point not to get trapped in accepting something as “right” because the majority of citizens happen to agree.

“A consensus — which simply means an ‘agreement of the people’ — is never a source of truth. It says nothing at all about whether a policy is good or a law is evil.”

Please buy this book. Then read it and give it to someone else to read. And then make a gift of it to your parish priest. You’ll know soon enough whether it has been read.