The evening will include a talk by Douglas Farrow, Professor of Christian Thought at McGill University, holder of the Kennedy Smith Chair in Catholic Studies, and Project Director for Pluralism, Religion and Public Policy.

The 2016 Archbishop Adam Exner Award for Catholic Excellence in Public Life will be presented to Alex Schadenberg. 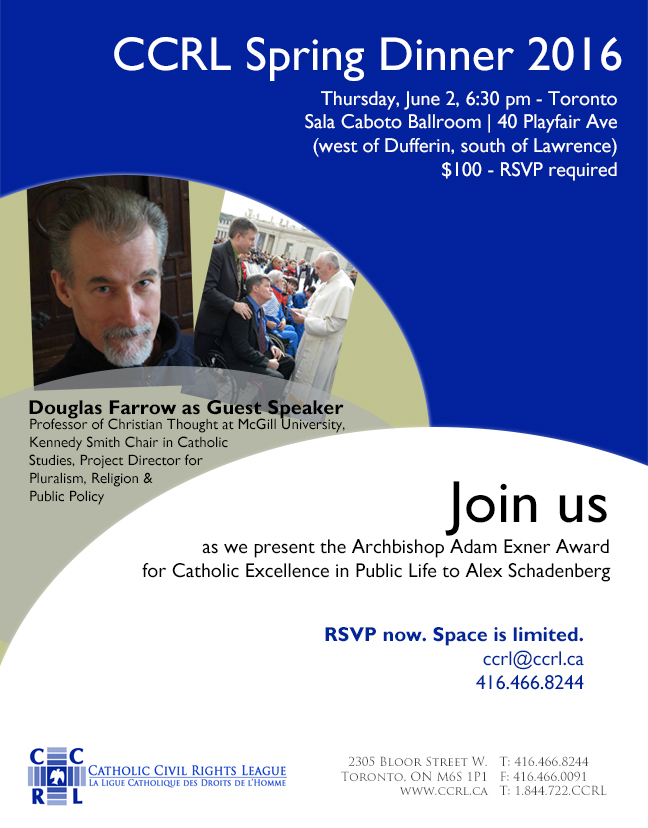